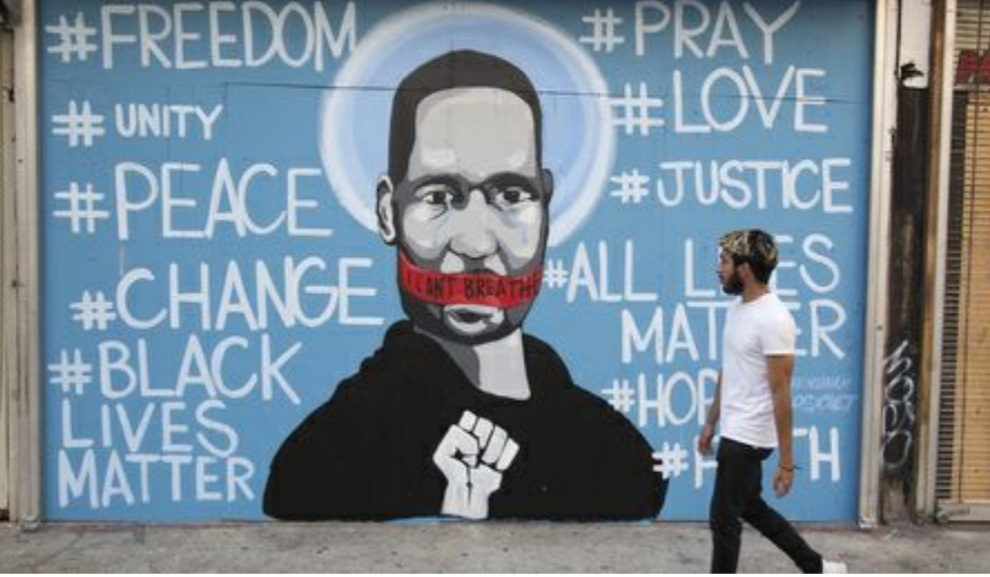 Mural of George Floyd painted on a Los Angeles wall.

Muslim Voice for Peace & Reconciliation (MVPR) stands with our black American brothers and sisters during this time of national crisis in the United States. We grieve for George Floyd and other African Americans who have been killed as a result of bigotry and hatred.

We must never be silent when someone is murdered by police officers, especially when the victim’s color is part of the equation. Police brutality occurs often in the US, especially against African Americans. It must stop.

Christians, Muslims, Jews and peoples of other faiths must realise that life in America is still difficult for black men, women and children. After their ancestors experienced 250 years of forced slavery followed by nearly 100 years of extreme segregation, African Americans still live in fear and economic disparity.

We thank God for the Civil Rights Act of 1964. It was a new starting point. It was a landmark civil rights and labor law outlawing discrimination based on race, color, religion, sex, or national origin. But we must admit that after 350 years of horrific repression, how can we expect that all African Americans could have fully recovered from the economic hardships imposed on them or that white racism could have disappeared from our sinful hearts in just 56 years.

We as believers and lovers of God have a great and awesome responsibility to continue to work for justice and racial reconciliation. MVPR is an important agency struggling for human rights and justice, not only in America, but around the world. Please support us with your prayers and giving. May our lights shine brightly! ~ Samuel Shropshire and Isa Alhaj Hussein