Today, Dr. Imad Enchassi took MVPR founder Samuel Shropshire and Abdulraheem Awad on a tour of the Oklahoma City National Memorial. Enchassi is the imam of the Islamic Center of Greater Oklahoma City and is a leader of inter-faith peace activities

We all remember the Oklahoma City bombing! It was a domestic terrorist truck bombing of the Alfred P. Murrah Federal Building in Oklahoma City on April 19, 1995.

The bombing happened at 9:01 AM and killed 168 adults and children, injuring more than 680 others. The blast destroyed or damaged 324 other buildings within a 16-block radius and shattered glass in 258 nearby buildings, and destroyed or burned 86 cars. .

May Allah use us as His instruments of peace. 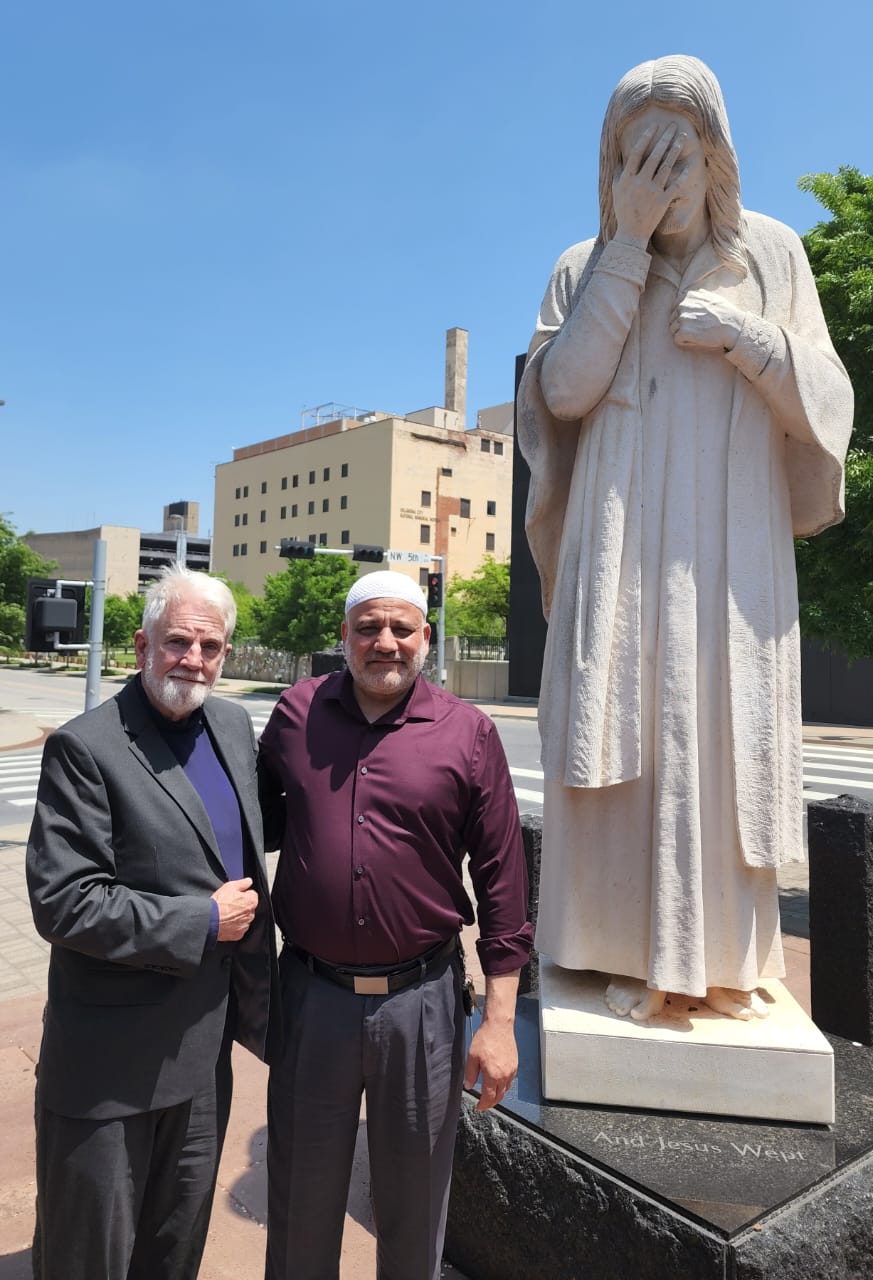 Shropshire with Dr Enchassi at the Weeping Jesus Monument. 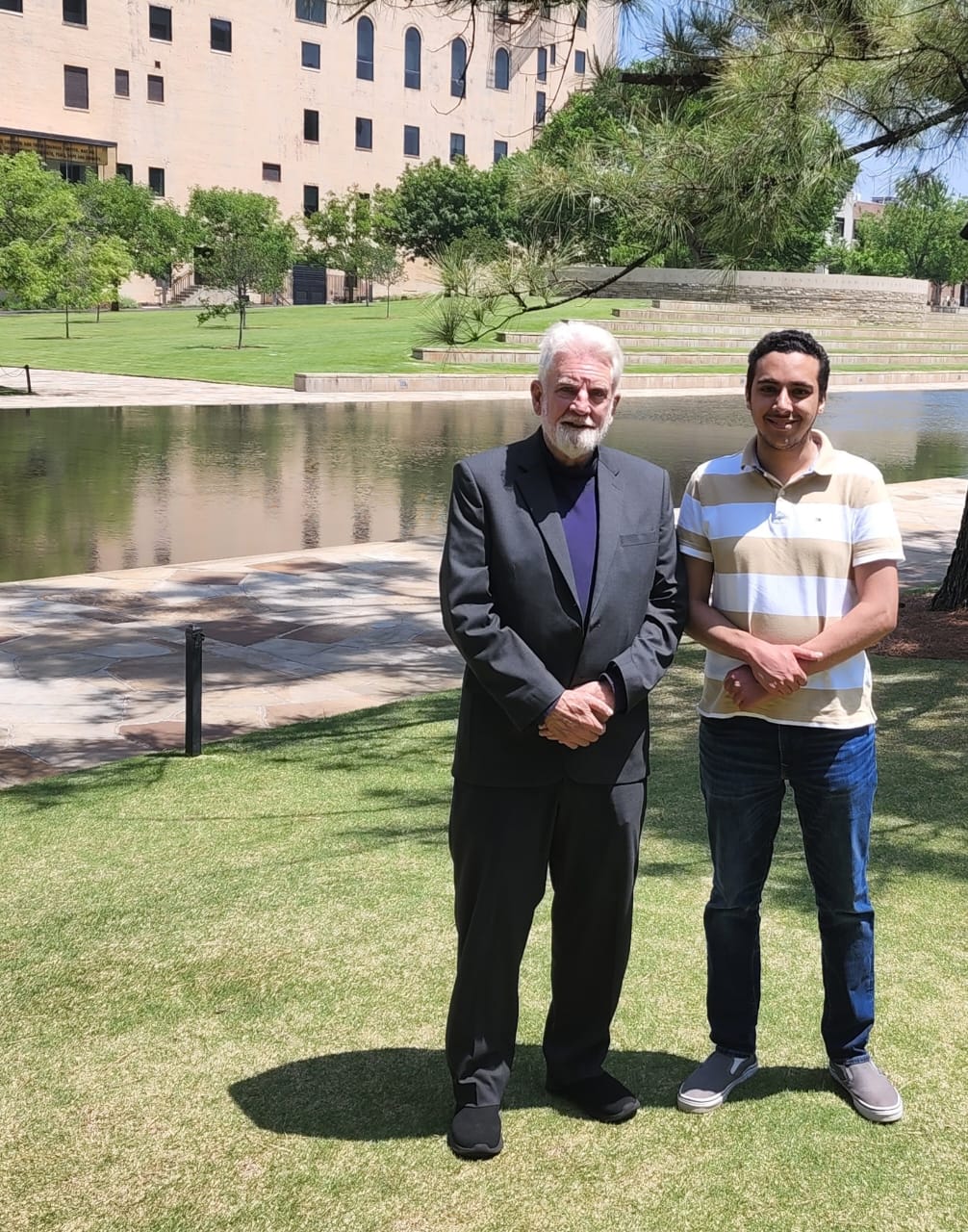