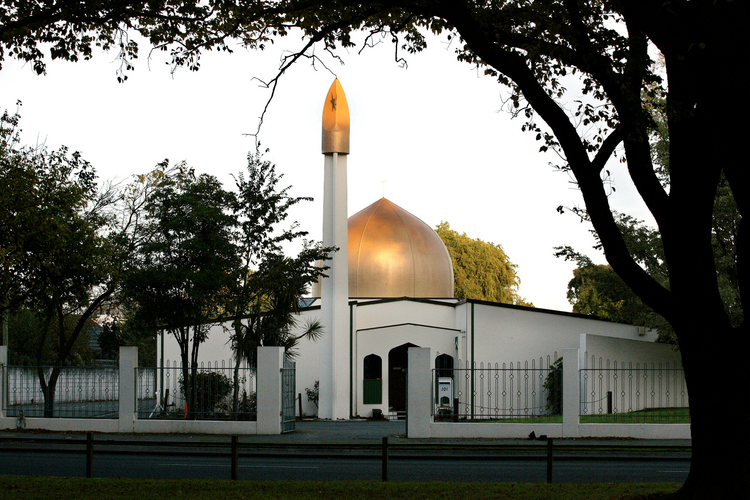 This is a view of the Al Noor Mosque on Deans Avenue in Christchurch, New Zealand, taken in 2014. The mosque was one of two attacked March 15, 2019; at least 49 people were killed. (CNS photo/Martin Hunter, Reuters) MVPR Statement Concerning Today’s Terrorist Attack

It is no doubt another dark and painful day for all peoples of faith, but as Muslims we find comfort in the fact that “To God we belong, and to Him is our return.”

The staff and board of directors of Muslim Voice for Peace & Reconciliation (MVPR), mourn the murders of 49 Muslim men, women and children and the wounding of 23 others in the terrorist attack earlier today at the Linwood and Al Noor mosques in Christchurch, New Zealand.

We recognize that during these trying times, right-wing neo-Nazi hate groups have expanding influence in many nations, often encouraged and inspired by the divisive political rhetoric of irresponsible politicians and media pundits.

We urge political leaders and media personalities to realize their words and behavior are capable of inspiring terrorist acts such as what has happened this morning. Politicians must boldly denounce white supremacy and hate speech, speaking out forcefully against increasing anti-Muslim, anti-immigrant hate speech. Political leaders must also work to review gun laws—keeping weapons out of the hands of individuals affiliated with hate groups.

As MVPR continues to monitor the persecution of millions of Muslim believers in Myanmar, China and other repressive states, we pledge to redouble our efforts at encouraging civil dialogue and friendship among believers of all faiths. In the defense of religious liberty and the protection of all, we will intensify our efforts to work with religious groups and leaders around the world to promote tolerance and understanding.