Home | Islam | Religious Reconciliation | ‘We will be cruel to them’

Failed congressional candidate pleads guilty in plot to massacre Muslims: ‘We will be cruel to them’

A former congressional candidate admitted to plotting the annihilation of a Muslim village identified by Sean Hannity and other conservatives as a terrorist training camp.

Robert Doggart was arrested last month after FBI officials said the ordained minister tried to recruit “expert Gunners” on social media to help him burn down a mosque, school, and other buildings in Hancock, New York – where law enforcement officials are frequently called to investigate right-wing rumors.

The 63-year-old Doggart was recorded speaking to a South Carolina militia member about the plot, which the failed Tennessee congressional candidate feared could turn deadly.

Doggart pleaded guilty last week to one count of interstate communication of threats, and he remains free on bond until his sentencing – when he faces up to five years in prison.

Prosecutors said Doggart gathered an M4 rifle, explosives, and light armor piercing bullets in connection with the plot, and investigators said he was recruiting snipers through social media and by telephone.

“When we meet in this state, the people we seek will know who we are,” Doggart told a woman during a recorded phone call. “We will be cruel to them, and we will burn down their buildings. If anyone attempts to harm us in any way, our stand gunner will take them down from 350 yards away.”

“The standoff gunner would be me,” Doggart added.

Doggart told an FBI informant that he believed the plot would succeed because the town employs only four police officers, and the volunteer fire department would take 35 minutes to respond.

“We’ll be long gone by then,” he said, according to court documents.

He met with the informant in Nashville and discussed using Molotov cocktails to firebomb buildings in the Muslim community, which was founded by African-Americans who had converted to Islam from Christianity.

Doggart told the informant during a recorded conversation that he planned to bring 500 rounds of ammunition for the M4 rifle and a pistol with three extra magazines – as well as a machete.

“If it gets down to the machete, we will cut them to shreds,” he told the informant.

He said during a recorded call that the “battalion” he commanded hoped the raid on Hancock, which is also known as Islamberg, would be a “flash point” in a possible revolution.

“So sick and tired of this crap that the government is pulling that we go take a small military installation or we go burn down a Muslim church or something like that,” Doggart said.

The FBI arrested the ordained Christian National Church minister April 10 – one day before he planned to visit New York for reconnaissance, and five days before the “drop dead date.”

“That’s when those guys in OAF say they’re gonna start a civil war,” Doggart told the informant, referring to a militia group whose leader has promoted his anti-Muslim views on Fox News.

Doggart, who ran as an independent for the 4th District seat in the U.S. House of Representatives, received 6.4 percent of the vote – about 9,200 ballots.

He campaigned on a platform of overturning Roe v. Wade, “no ‘political correctness,’” limiting immigration, investigating Benghazi, and a “restoration of better days.”

Doggart spoke at the Operation American Freedom rally in December, where flag-waving protesters repeatedly called for President Barack Obama to be lynched as “a Kenyan traitor.”

“The president of the United States is guilty of treason to the Constitution,” Doggart told a group wearing military fatigues and tricorner hats as demonstrators called for Obama to be hanged as a traitor.

A federal judge granted his release on bond over the government’s objections as long as Doggart agreed not to use alcohol or pain medication and to undergo psychiatric evaluation for depression and an unspecified personality disorder.

A spokesman for The Muslims of America, which operates Islamberg, called for the stiffest possible penalty for Doggart – who he described as a terrorist.

“This man plotted to mercilessly kill us, kill our children, and blow up our mosque and our school,” said the spokesman, Muhammad Matthew Gardner. “All would agree, if a Muslim did this, the perpetrator would be immediately identified as a terrorist then prosecuted to the fullest extent of the law.”

The group said a suspicious pickup truck, marked by 10th Mountain Division insignia, came to the entrance of their property but drove away when residents approached.

“Doggart is an example of the results of unchecked and rampant Islamophobia which has spread lies for years about our peaceful community,” Gardner said. “This man plotted to mercilessly kill us, kill our children, and blow up our mosque and our school. We have sound reason to believe he has already visited our other locations around the U.S. What other murderous plans do he and his private militia have — and where are his accomplices?” 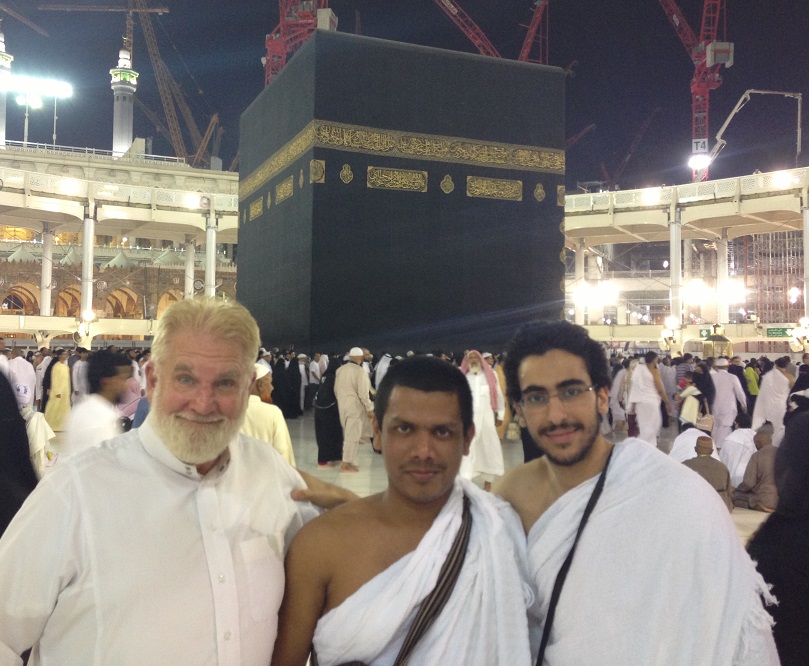 Rohingya ‘caught between the devil and the deep sea’