It was my privilege to meet the first of September with Fahad Abualnasr, chief of staff, of the King Abdullah Bin Abdulaziz International Centre for Interreligious and Intercultural Dialogue (KAICIID)in Vienna, Austria.

KAICIID was founded to enable, empower and encourage dialogue among followers of different faiths and cultures around the world. The Centre is an independent, autonomous, international organization, free of political or economic influence.

The Founding States are the Kingdom of Saudi Arabia, Republic of Austria and Kingdom of Spain. They constitute the “Council of Parties” responsible for overseeing the work of the Centre; the Roman Catholic Holy See has been admitted as a Founding Observer to the Centre.

The Board of Directors comprises high-level representatives of the major world religions (Judaism, Christianity, Islam, Hinduism and Buddhism) and cultures. The Centre is headed by a Secretary General. An Advisory Forum of up to 100 members of other religions, cultural institutions and international organizations provide a further resource of interreligious and intercultural perspective.

Our discussion at the KAICIID Vienna offices

KAICIID’s mission, to facilitate interreligious and intercultural understanding, and enhance respect for diversity, justice and peace is reflected in the diversity of its staff from 19 countries, four continents, and a wide range of cultural and religious affiliations. Respect for diversity is a cornerstone of KAICIID’s recruitment policy.

My discussion with Fahad Abualnasr centered on current religious extremism among all faiths its resulting conflicts. We spoke of my work with Muslim Voice for Peace & Reconciliation and about the need for Islam itself to be known as a more vigorous partner in initiatives promoting world peace, human rights and environmental concerns, recalling that the founding document of KAICIID cites principles enshrined in the United Nations Universal Declaration of Human Rights, especially, “the right to freedom of thought, conscience and religion”–with emphasis on “human rights and fundamental freedoms for all without distinction as to race, sex, language or religion.”

I was, indeed, blessed and encouraged to have learned more about the work of KAICIID and by meeting Fahad Abualnasr and members of his staff.

On 25 September, meeting at the KAICIID offices in New York, the foreign ministers of the Republic of Austria, the Kingdom of Saudi Arabia, and the Kingdom of Spain signed a declaration affirming dialogue as a path to lasting peace and social cohesion. This was in response to the current deplorable violence and humanitarian crisis in Northern Iraq and in Syria, as well as in other parts of the world. KIACIID hopes, with the combined support of all faith, to develop international solidarity n ending sectarian violence in various parts of the world.

The released statement said, “We condemn violent conflict in the world, more so violence committed in the name of religion, and call for an end to violent hostility. We deplore loss of life and commend those who seek to alleviate suffering, as well as those who strive to promote well-being, harmony and peace.”

The statement, as well, opposed the instrumentalization of religion to make war and strongly condemned “terrorism in all its forms and manifestations, committed by whomever, wherever and for whatever purposes.

Hate speech and extremism that incite violence and fuel prejudice were also singled out.

Enjoy this sand-art performance during the opening ceremony of KAICIID on 26 November 2012: 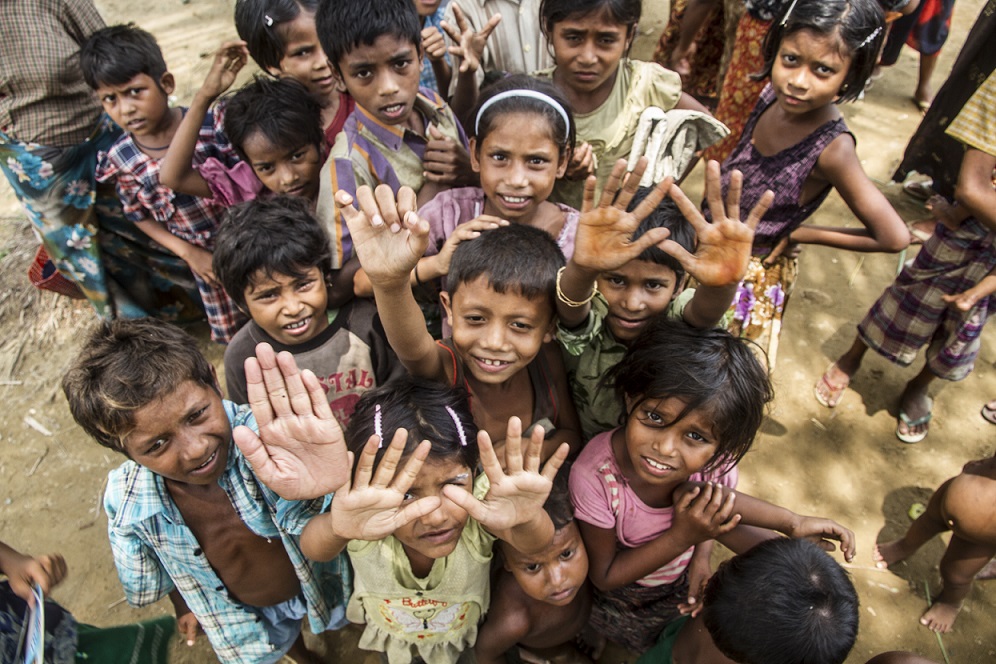 Myanmar and the Rohingya genocide